The characters of returning TV shows have a way to make you feel that you are reuniting with old friends. People you haven’t seen in a while and might not like what they have turned into. But there is always this sense of wistful nostalgia every time a series you are following comes back with a brand-new season. The second season of the Belgian-Dutch Dutch language crime-drama series ‘Undercover’ was released on Netflix in November 2020 and has all the ingredients to give you the same feeling. The show’s sophomore outing expands on the criminal underworld of the first season by introducing new elements to it. This time, the undercover duo goes after illegal arms dealers masquerading as philanthropists and ranch owners. The scope is bigger, the stakes are higher, and the path to justice is even more convoluted and dangerous. SPOILERS AHEAD. 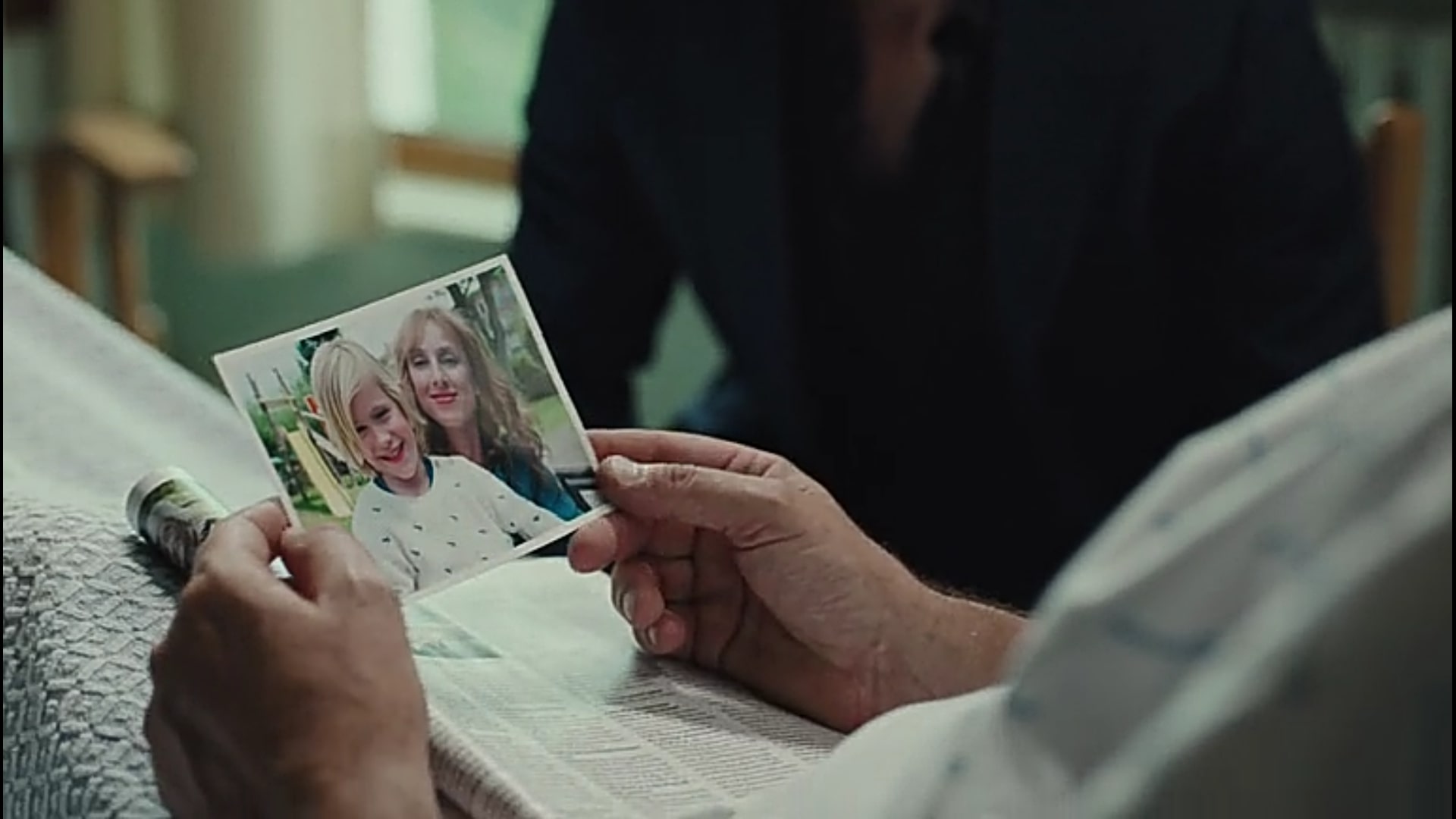 The explosive season premiere pretty much sets the tone for the rest of the series. It opens with a meeting between Belgian undercover officer Bob Lemmens (Tom Waes) and former Dutch officer Kim De Rooij (Anna Drijver). Clearly, it has been at least a few years since they last saw each other. Kim is now working as a human rights investigative journalist based in Brussels and reporting on illegal arms dealers that smuggle weapons from Ukraine to Syria. She asks Bob to track the serial number of a tractor that, as it is later revealed, she found in Ukraine.

Since the conclusion of the first season, life has moved on for both of them. Bob is divorced but has regular access to his children. Kim has a new boyfriend. The time apart has smoothed out the jagged edges of their relationship. They are genuinely happy to see each other and even fondly reminisce about their time together. It is in this moment when you start to believe that the two will once again embark on an undercover mission, that the showrunner, Nico Moolenaar, and his writers flip the script. Kim gets gunned down by assailants on a motorcycle and later dies. This sets Bob on a path of vengeance against the people responsible.

Initially, the authorities suspect that the jailed Dutch kingpin Ferry Bouman (Frank Lammers) is behind this, but Bob follows up on the leads that he earlier gave to Kim about the tractor and visits a horse ranch called El Dorado. There, he meets its colorful owner, the cowboy-culture aficionado Laurent Berger (Wim Willaert), and is later introduced to his more ruthless brother Jean-Pierre “JP” (Sebastien Dewaele). The Berger family runs a weapon-trafficking enterprise that encompasses Eastern Europe, the Middle East, and Africa. Bob and his old handler Nick Janssens (Manou Kersting) join forces with Patrick Dierickx (Jeroen Van der Ven) to bring the Bergers down by infiltrating their organization with undercover agents.

In prison, Bouman seethes in his solitude and plans his own revenge. When he learns that Danielle (Elise Schaap) has cheated on him with Kim, he is initially furious. However, he soon reverts to his cold and calculating self and decides to use that morsel of information to get himself out of jail. 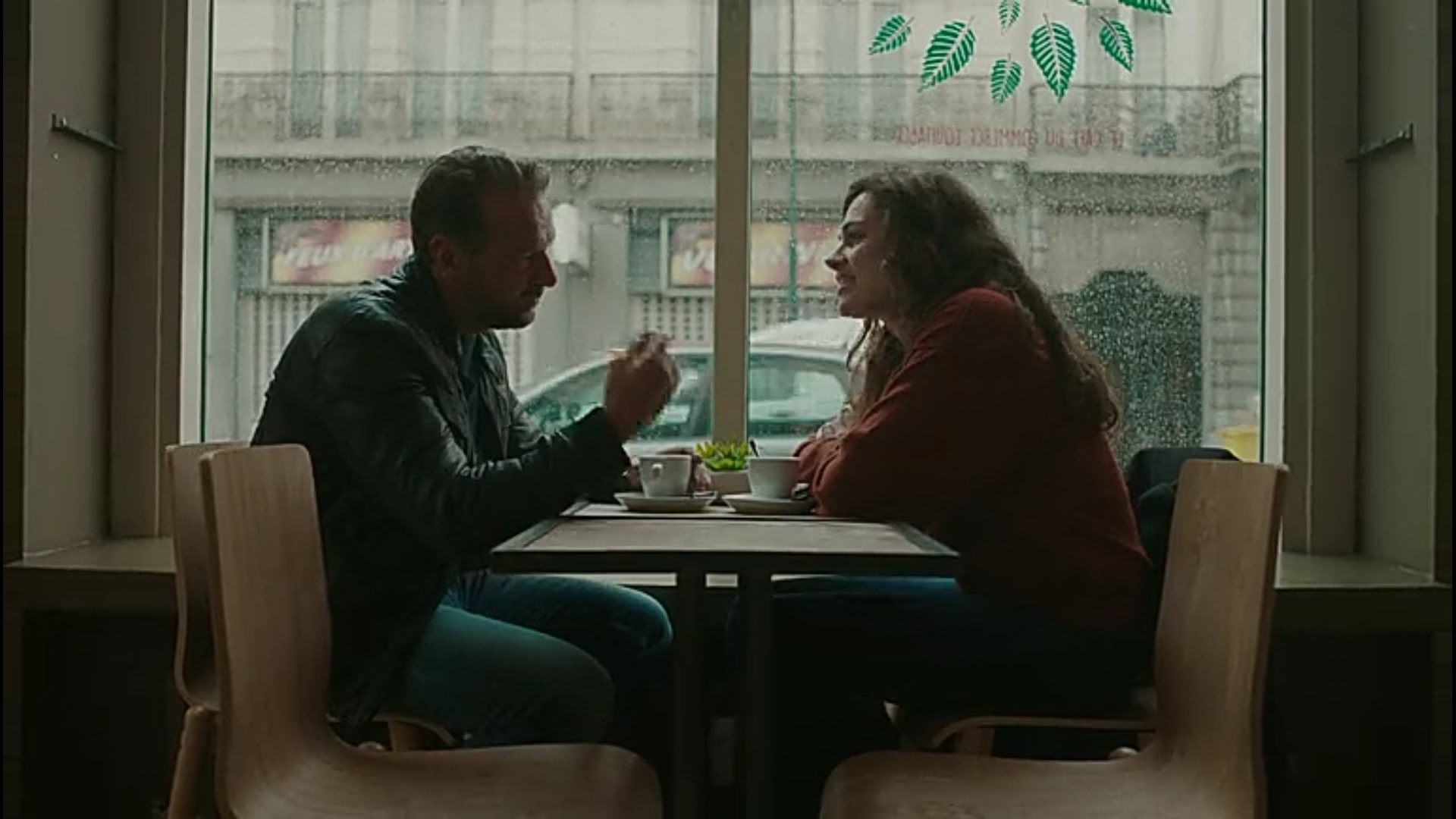 Several plot threads bind together in the last two episodes of ‘Undercover’ to give the series a satisfactory ending. Following Kim’s death, the series introduces a new female protagonist, Nathalie Geudens (Ruth Becquart). A former drug addict, she has a son named Jackson (Celest Henri Cornelis) with Laurent, although the child has no idea who his father is. She works at Laurent’s bar and is forced to expose her son to his family. She has always known about JP’s illegal activities but learns about Laurent’s involvement in them from Bob and Nick. Desperately seeking a way out of the clutches of the Bergers for both herself and her son, she agrees to help Bob with his mission. Nathalie is an amalgamation of both Kim and Danielle. All her actions throughout the season, both helping the police and being subservient to the Bergers, stem from her need to keep her son safe. 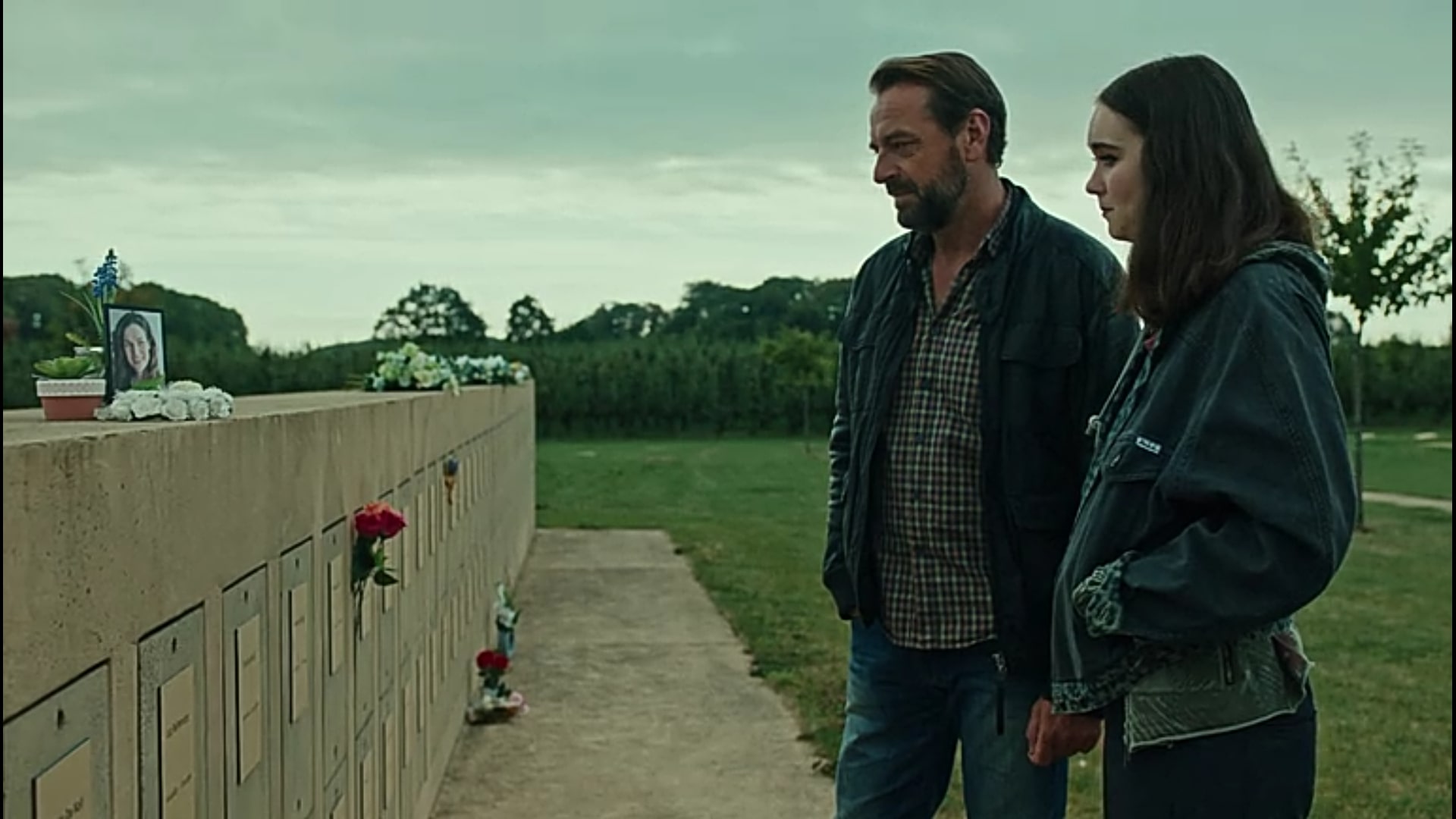 Since the divorce between Bob and Liesbeth (Katrien De Ruysscher), their two children, Polly (Emma Verlinden) and David (Warre Verlinden), regularly shuttle between the homes of their parents. Polly, the oldest, knows that her father was involved in an undercover operation along with Kim and believes that their affair caused the dissolution of her parents’ marriage. There is a lot of resentment in her for her father because of that. Combine that with the insatiable curiosity of adolescence, and you have a recipe for disaster. She goes to the campsite to learn more about the case and Bob and Kim’s relationship and runs into Danielle. Her misadventure leads one of Bauman’s agents to approach her and give her a phone carrying the recording of the last moments of John Zwart’s (Raymond Thiry) life from season 1.

Things only go spiraling out of control from there, as Bob tries to keep the discrepancies of his previous case hidden while pursuing the new one. He has to convince his daughter to lie for him, but that smokescreen doesn’t last long. His superior officers and Liesbeth find out, losing much of their respect for him. Liesbeth outright tells him that she had always thought that he was a good man but doesn’t any longer.

Ultimately, his family is sent to witness protection after he actively lies in the court during Bauman’s trial. The season ends with Bob visiting Kim’s grave with Polly. Their relationship has become normal now as Bob opens up about his relationship with Kim. However, it seems that now David is angry with him. This is quite understandable. After all, their lives have been uprooted for his father’s actions. But as Polly promises, he will someday forgive Bob.

Bouman and a Moral Struggle 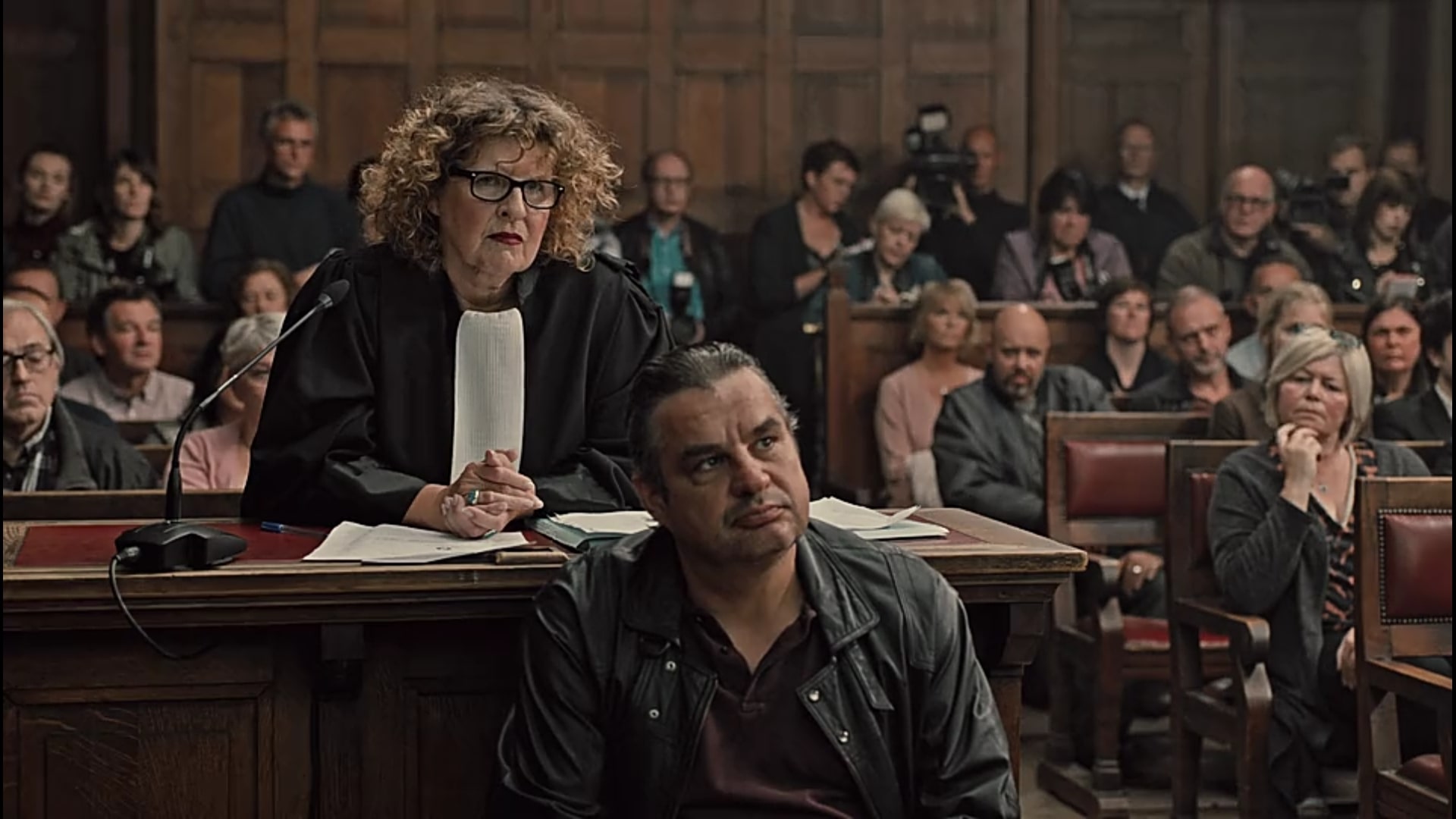 Bouman thought with John’s recording he can blackmail Bob and get out of jail. He is quite successful at first. He forces Bob to find Danielle after she disappears and bring her to him. He then convinces her to tell the court about her affair with Kim. This will prove that Bob and Kim gathered information about him through dubious methods. Unfortunately for him, Nick and Bob’s superior officer, Marc Gevers (Robbie Cleiren), has no qualms about bending the rules a bit to put criminals in jail and keep them there.

Nick asserts that a corrupt police officer is as bad as a lowlife drug lord, but Marc and Patrick disagree. In the penultimate episode, they take turns to speak to Bob. While Nick tries to convince him that pursuing justice in the correct way is the most important aspect of it, Mark and Patrick tell him to deny everything. And that is what he eventually does. He gets on the stand and refutes Danielle’s testimony, nullifying the defense’s entire case in the process.

There will be serious consequences for this. Some are already shown in this season. Nick is disappointed with Bob, to say the least. Danielle is once again a victim of the war between Bob and Bouman. Bob tends to get deeply involved in cases, which often compels him to do things that are not entirely legal.

The Berger Brothers and Vengeful Justice 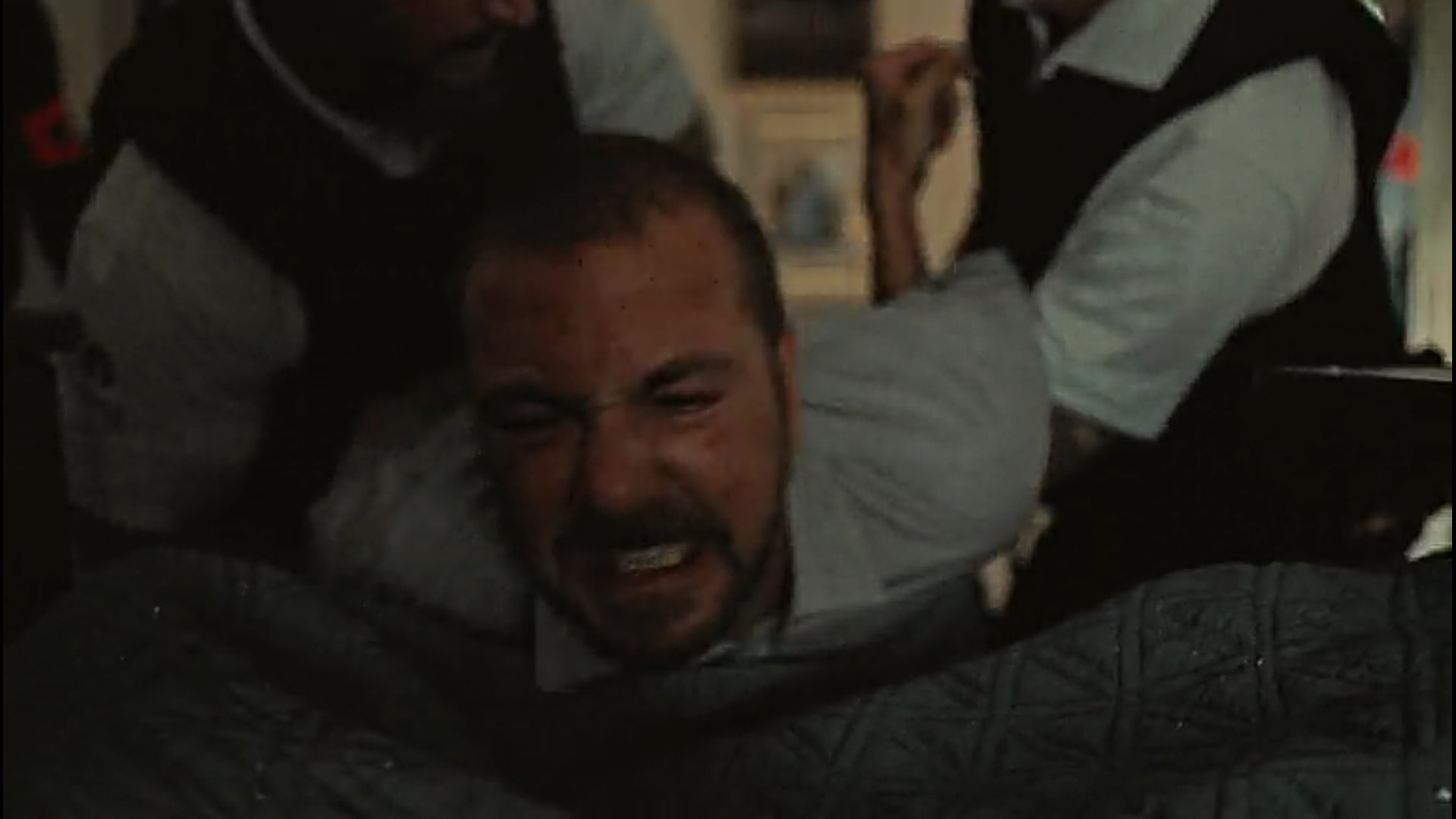 There is a running theme throughout the season in which various characters see how easily Bob steps outside of the law and incredulously note that he is supposed to be a police officer. In this season, Bob’s actions are not driven by a sense of justice but vengeance for Kim’s death. He gets close to the Berger brothers by pretending to be an associate of the Colombian cartel and gradually lures them in with a promise of a lucrative deal. His interactions with Nathalie cause Laurent to suspect them. During a confrontation between Laurent and Natalie, the former suffers severe brain damage and is sent into a coma.

The Berger brothers are remarkable antagonists. In the early part of the series, they continuously bicker, but in the later episodes, the strength of their bond is shown. By the season finale, JP has discovered that Bob is a cop and foils the entire police operation by walking into their elaborate trap but not going through with the deal. Bob realizes that Nathalie’s life is in danger. He goes to the Berger house and is shot by JP. He and his henchman Vinnie (Mourade Zeguendi) drug Nathalie, and then Vinnie takes them to a remote site to be buried together. Bob and Nathalie manage to overpower Vinnie, and Bob shoots him. Patrick and other officers raid the Berger home to arrest the brothers.

Seeing that there is no way out for them, JP kills his brother first, and then tries to commit suicide but the gun jams. There is a dejected and miserable acknowledgment of his failure in how JP screams as he is dragged away from his brother’s body. The deliverance that he gave to his brother eluded him. They had promised each other that they will be always together. And now, it appears he has broken that promise.

In the hospital, Bob is visited by Patrick, who informs him that Nathalie and Jackson have moved to a new town, and want to see him when he gets better. Unlike the previous season, which ended in complete despair for him, the second one ends on a hopeful note. In Nathalie, he can find love again as well as a sense of belonging.