FX on Hulu’s ‘A Teacher’ is a 10-part limited series that revolves around the romantic and sexual relationship between a teacher, Claire Wilson (Kate Mara), and a 17-year-old high school senior, Eric Walker (Nick Robinson). Claire, lonely and unsatisfied in her marriage, finds friendship with Eric after she agrees to tutor him after-hours for his upcoming SATs, but then their connection turns into an immoral, unlawful, and predatory (on her part, of course) love affair.

While each episode of the series begins with a trigger warning that includes numbers of different sexual assault hotlines, we can’t deny that the story echoes a few real cases that have come to light over the years. Cases like that of Debra LaFave and Mary Kay Letourneau, who were both found guilty of grooming and raping their underage students. So, if you’re here wondering whether ‘A Teacher’ is based on such a real-life, disturbing scandal, you’ve come to the right place.

Is A Teacher Based on a True Story?

The short answer to this question is no. Although ‘A Teacher’ is salacious and sometimes it seems as if the events occurring have been ripped straight from the headlines of newspapers, Claire and Eric, or their story, are not based on real people and/or incidents. In fact, this miniseries is only an adaptation of the 2013 feature film of the same name, which was created by showrunner Hannah Fidell. “This movie wasn’t based on any incident,” Hannah said after the movie initially premiered. “[A Teacher] started as more of a meditation on what it’s like realizing that you’re not a teenager anymore, you’re an adult, and how sometimes complicated those feelings can be when you have that realization.”

For Hannah, Claire’s attraction and flirtation with Eric is just a way for her to try and capture the “youthfulness that Eric seems so full of,” which stems from “a desperate loneliness” on her part. Hannah also told Tucson Weekly that ‘A Teacher’ is nothing but a tale of self-control, or the lack thereof. “I’ve come to see a pattern in the type of women who sleep with their students,” she said. “They’ve missed out on some part of their adolescence and are trying to make up for it too late in life.” She added that she wanted the whole narrative to be a little messed up as well, making the viewers feel grossed out by not just the crime but for also feeling sympathy for the teacher’s character, the “anti-hero.” 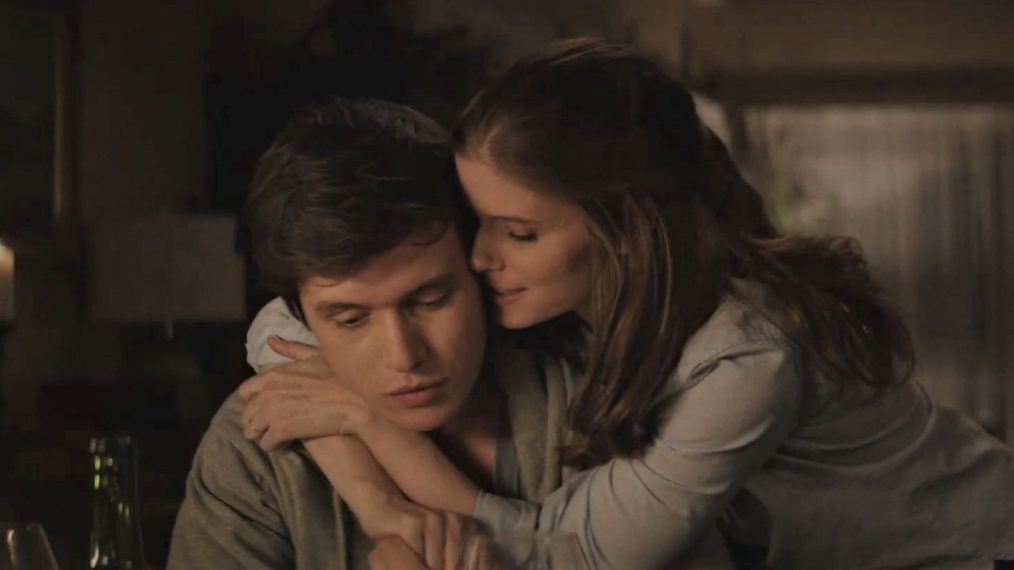 While there have been many movies/shows about such illicit affairs, they often portray the teacher as being the one who calls all the shots. However, ‘A Teacher’ explores the complexities of it on a much deeper level. Yes, grooming is still a bit part of it, as it should be, because, let’s be honest, ignoring that or not making it evident, would have been just as bad. But this series also examines the fallout of Claire and Eric’s highly illegal and dysfunctional relationship, especially with their discovery and how that caused irreparable damage to not just them both but to those around them as well. Claire is not an obviously evil character, but both Kate Mara and Nick Robinson stand by that bold decision.

The pair of them, along with Hannah Fidell, have made it clear that a lot of research went into the show’s writing, which is why they look forward to the conversations and questions that it will encourage. What happens to both the victim and the abuser after the public discovery, along with how they are treated by not just the justice system, but by their peers, and the media as well, are all traversed here, eventually asking the question of whether Claire is worthy of pardon. But to ensure that none of this sent out the wrong message, Hannah relentlessly worked with the Rape, Abuse, and Incest National Network, as well as with therapists who specialize in child sexual assaults when creating the series.

Read More: Where Was A Teacher Filmed?