Zak Bagans is an American paranormal investigator, actor, and producer. The Washington, D.C.-born rose to fame after appearing on ‘Ghost Adventures’ as its primary host. The Travel Channel show has been going on for over two decades now, as its season 20 premiered on November 5, 2020. His childhood and personal other-worldly experiences led him to walk on the less beaten path passionately.

Despite being in the media industry for so long, Zak has lived less like a celebrity. The fact that he keeps his personal relationships brushed under the carpet bears testimony to this. We got curious to know more about him, so we dug deeper, and here’s everything we know!

Zachary Bagans began his career in the media industry in 2004 after he co-produced a movie in the fashion of a documentary, ‘Ghost Adventures.’ The award-winning film was first filmed in 2004 and produced by 4Reel Productions in 2006. It premiered on SyFy Channel on July 25, 2007, and developed into a docu-reality series based on the same premise, the following year. He has been the principal host of the Travel Channel show for all its 20 seasons.

In the fall of 2017, the television personality turned into a museum owner and operator after opening The Haunted Museum in Las Vegas, Nevada. After its inauguration in October of the same year, the museum has been subject to a handful of controversies. For instance, reports of some of the exhibits having doubtful provenance and an incident involving a visitor fainting after experiencing paranormal activity from an alleged demon-possessed rocking chair.

Bagans is also an author as he co-wrote ‘Dark World: Into the Shadows with the Lead Investigator of the Ghost Adventures Crew’ with Kelly Crigger. His second venture as a writer was his book ‘Ghost-Hunting For Dummies,’ which got published in December 2019. Clearly, his professional life hardly leaves him with any time to pursue love, but somehow, he has managed to do so!

First and foremost, let’s clear the air… Zak Bagans has never married and does not have children from any previous relationship. But this does not mean that he has not dated anyone in his life. The actor is dating the former Playboy model, Holly Madison. The couple had already met years back but were both committed to other people then. Fortunately, they reconnected after Madison visited his museum in May 2019. A few days later, he posted an artwork of a girl-ghost stealing his heart on his social media accounts. 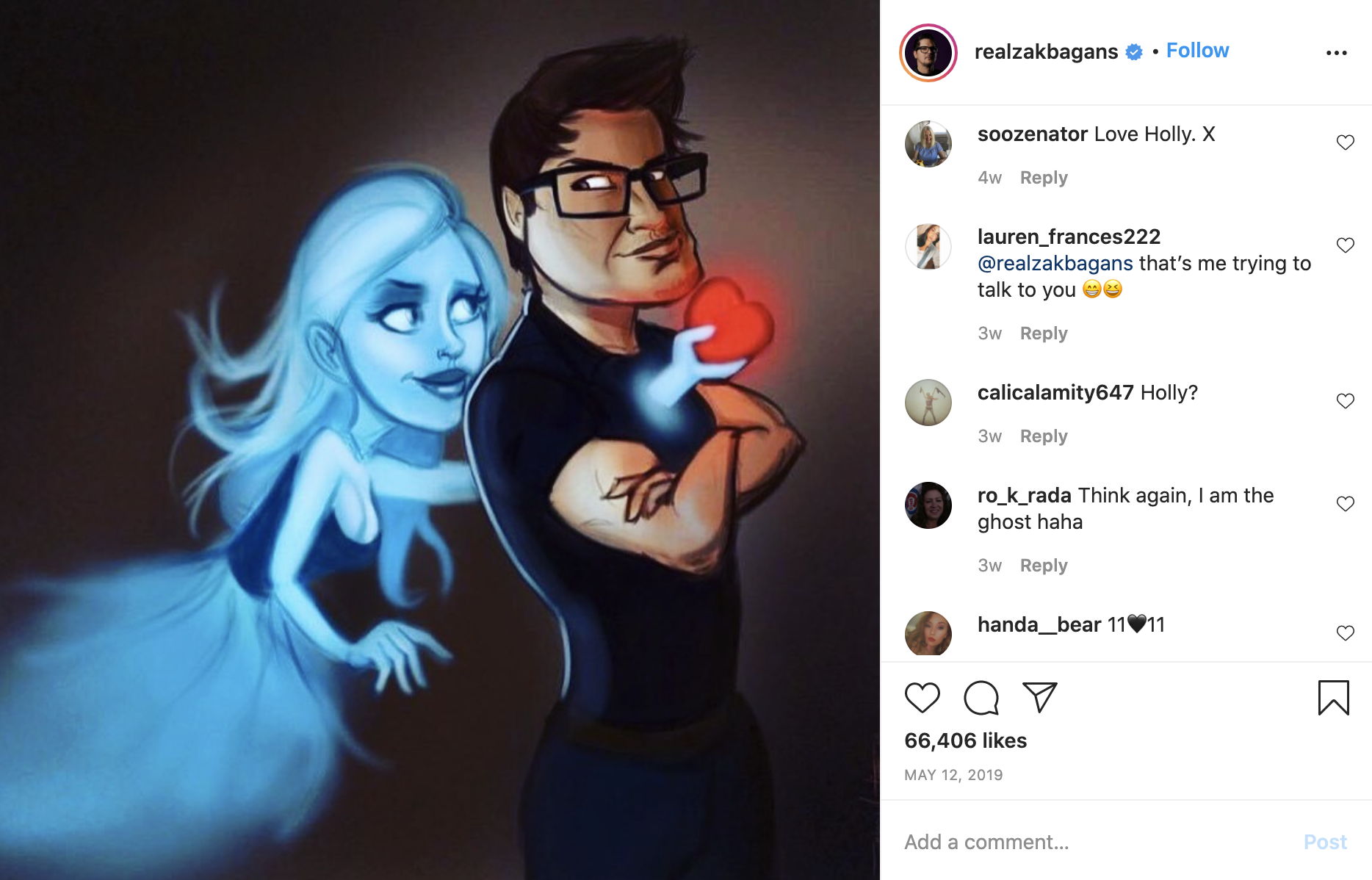 The following month, a source close to People confirmed the news, which came out four months after she divorced her now ex-husband, Pasquale Rotella. While the two did not explicitly confirm the dating rumors, both have dropped a few hints pointing towards the same direction. The mother of two claims to be the “Future ghost” in her Instagram Bio. It seems like they are still going strong but choosing to keep their personal life under wraps.

Before Holly, Bagans had kept the dating slate clean for almost ten years, or at least, nothing is known about it from 2010 to 2019. However, the paranormal investigator was linked to Christine Dolce, formerly famous as the Queen of MySpace, in 2010. She was one of the first social media influencers, and unfortunately, she passed away in February 2017 after losing her battle with substance abuse. They never confirmed or denied the relationship speculations, but at the news of her death, Bagans paid his condolences on his Twitter handle.

Read More: What is Zak Bagans’ Net Worth?